HECM endorsements rose 5.2% in December to 4,233 loans after three consecutive months of decline. That’s encouraging although based on the data we’re seeing from lenders participating in the industry data repository, fundings have been mostly flat for the past three months so it’s hard to imagine any significant endorsement uptrend in the immediate future.

That being said, there are always regions and companies that outperform and last month was no different:

Check out the Active Lenders graph on page 2 – we’re at the lowest level in over 2 years since peaking in August (also when loan volume peaked most recently). We haven’t heard much chatter about lenders getting out of reverse due to Financial Assessment but the timing puts that as the most likely issue. The numbers show there are fewer lenders endorsing loans each month and if it keeps going we’d be well outside recent experience on this stat within a few months. 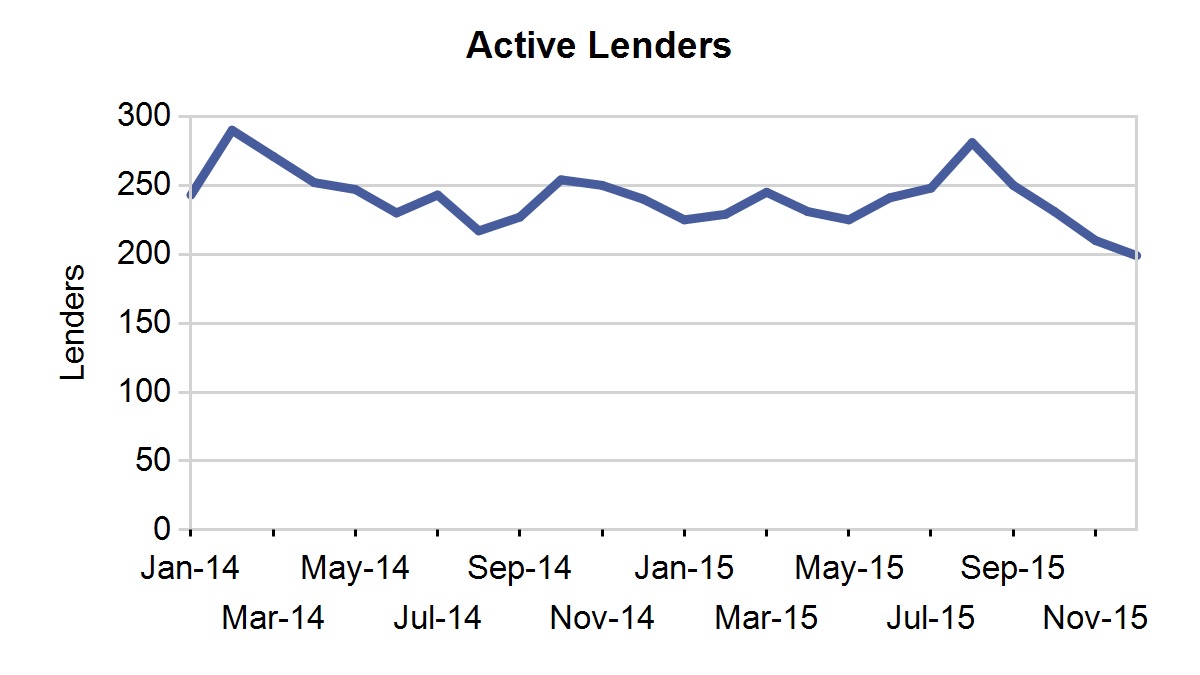